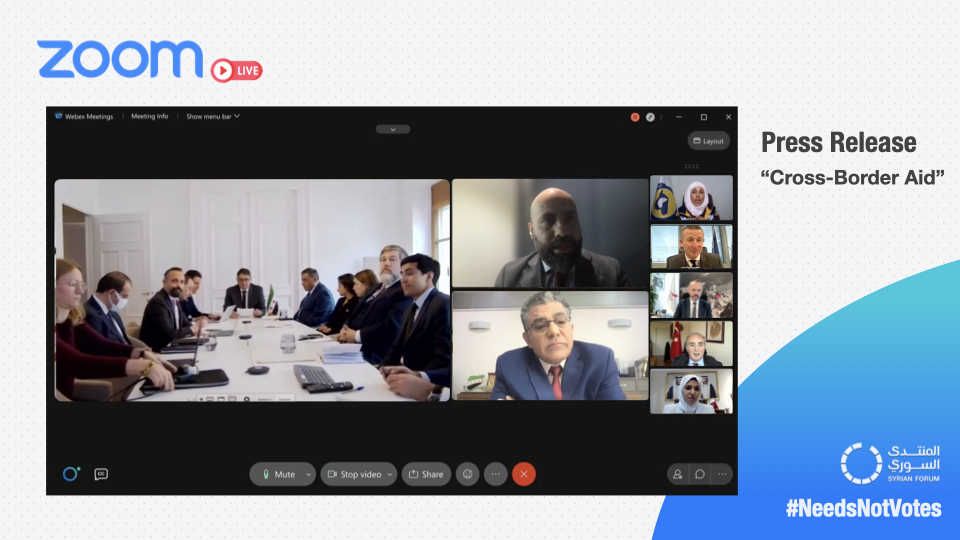 The Syrian Forum participated in a virtual meeting on “Cross-Border Aid” in the presence of representatives of Friends of Syria countries and speakers from Syrian and international civil society organizations.

At the invitation of the Syrian Higher Negotiation Commission, the Syrian Forum participated in the virtual meeting held in Geneva with ambassadors of the countries of the Friends of the Syrian people and speakers from Syrian and international civil society organizations.

The importance of continuing cross-border delivery of humanitarian aid and the humanitarian and field conditions in northwestern Syria was discussed.

The meeting was inaugurated by Bader Jamous, the head of the Syrian Higher Negotiation Commission, with the participation of a number of representatives of Syrian and international civil society organizations, such as the White Helmets, the American Relief Coalition for Syria (ARCS), the Syrian Forum, the Turkish Red Crescent, and GOAL Global. The meeting was facilitated by the Executive Director of the Local Councils Support Unit, Bahjat Hajjar.

For his part, the CEO of the Syrian Forum, Ghassan Hitto, gave a briefing on the importance of continuing to deliver cross-border humanitarian aid to Syrian people and the role played by Ihsan for Relief and Development providing services to more than four million Syrians this past year.

Hitto stressed the importance of efforts made by all countries friendly to the Syrian people. He added that Syrians need the cross-border mechanism for humanitarian aid delivery to continue and called on the international community to further strengthen the work of this mechanism instead of spending time advocating for its continuation.

He also praised the role of international organizations and the continued pressure on the Russian Federation, which is trying to obstruct the delivery of humanitarian aid to more than 6 million Syrians, most of whom are internally displaced.

In his speech, Hitto said, “There is no need to repeat numbers and show charts about the massive humanitarian need in Syria, not only in opposition-held areas but all over Syria. It is also clear that the regime’s security services and bureaucratic structures are steeped in corruption, and its officials steal. Humanitarian aid is from those in need, so how can we trust them with cross-line operations, especially since they are already proven.”

Hitto stressed that “The crimes against humanity that they committed in Syria confirmed that human lives have no value for them.”

While stressing the importance of the role of Syrian NGOs, which are preparing to face the upcoming challenges, Hitto insisted that the United Nations needs to continue using the cross-border aid delivery mechanism, saying: “The failure to renew the decision on cross-border operations will lead to a clear inability of the United Nations and its partners to Continue to provide assistance, and there is no substitute for the UN-run cluster system, which is the main tool for coordinating all humanitarian operations in the north and northwest as well as throughout Syria.” 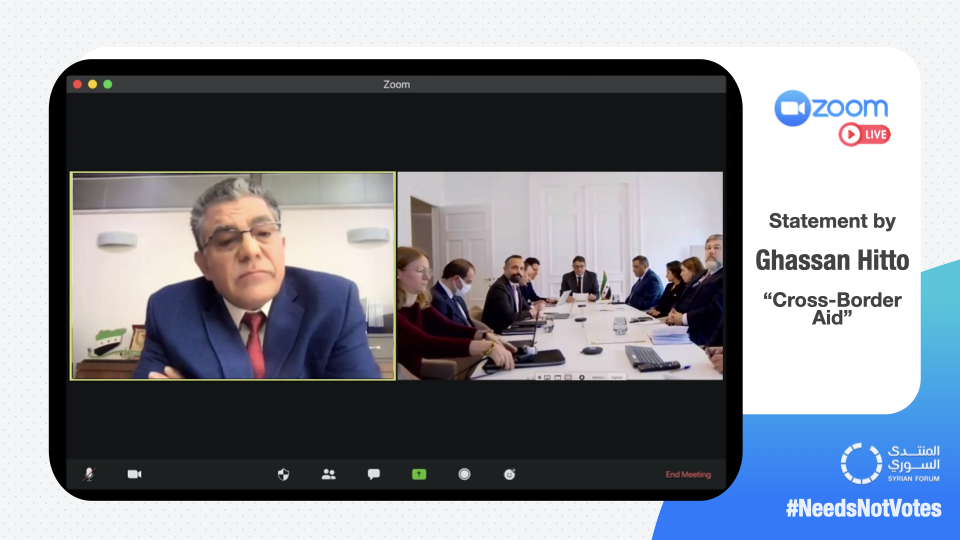 Excellencies, distinguished delegates, Ladies and Gentlemen;
I thank you for your invitation to attend this meeting, and I extend my gratitude in this regard to my compatriots from LACU and other NGOs and SCOs in their valuable participation in this event, as well as SNC, and to the distinguished sponsors of this event.
For the second year in a raw I am invited to this event, which gives us the opportunity to address you as the main stakeholders when it comes the Humanitarian Aid in Syria; Unfortunately, though, the situation has not improved, despite all the highly appreciated efforts in this regard, as the need is increasing, in light of the absence of early recovery and sustainable development strategies; and here we are meeting again, not to discuss the outlines of such strategies, which will tremendously improve the conditions of living for the Syrian’s in need, but unfortunately such discussion cannot take place cause we are not sure if there will be e renewal of the cross border resolution or not. It is disappointing that there is still a place for blackmailing in the international system; it is appalling that the Russian Federation is holding at least more than /6/ million Syrians, mostly internally displaced, hostages, and what is most saddening is the fact that we are allowing the Russian Federation to do so.
Yes, the situation is dire, but that should not mean, by any chance, that the Syrian people should be bullied into accepting any deal with the Russian Federation, and the international community should hinder no effort to stop rewarding the criminals.
Its needless to repeat the numbers and show the charts about the massive humanitarian need In Syria, not only in the opposition-controlled areas, but also in the areas under the control of the regime. It is also clear that the regime’s security apparatus and bureaucratic structures is sunk with corruption, and its officials are stealing the humanitarian aid from those in need, so how on earth we can trust them with any cross-line operations, especially that they already proofed with the crimes against humanity they perpetrated that Human Lives has no value to them.
Excellencies, Ladies and Gentlemen;
IHSAN for Relief and Development, the organization I represent, has by itself successfully managed to provide more than four million services last year. Other local and international NGOs and Humanitarian aid institutions have provided no less than IHSAN to the population in North and NW Syria. Syrian NGOs are ready, and up to the challenge, but the failure to renew the resolution on cross-border operations will cause a clear inability for the United Nations and its partners to continue providing aid. There is no substitute for the Cluster System that is managed by the United Nations, which is the main tool to coordinate all humanitarian operations in North and NW as well as all of Syria, but there is a clear substitute to, with or without a Security council Resolution, the Cross-Border operations are obtained and preserved; if there will be a renewal this time it should be an open ended one; and if the Russian Federation will use the Veto to block it, our joint efforts to depoliticize the Humanitarian Aid, through other, yet legal options, should be strong. Syrian Lives Matters, as well as Ukrainian or any human live.
Excellencies, distinguished delegates;
I ended my statement last year by hoping that this very meeting this year will be about, how “to further enhance the work of this mechanism, rather than keep on lobbying for its existence”; I reiterate this wish, and express my highest appreciation for the efforts of your governments in keeping the cross-border mechanism alive, and away from any political black mail or miss use of such vital tool for preserving the lives of Syrians. 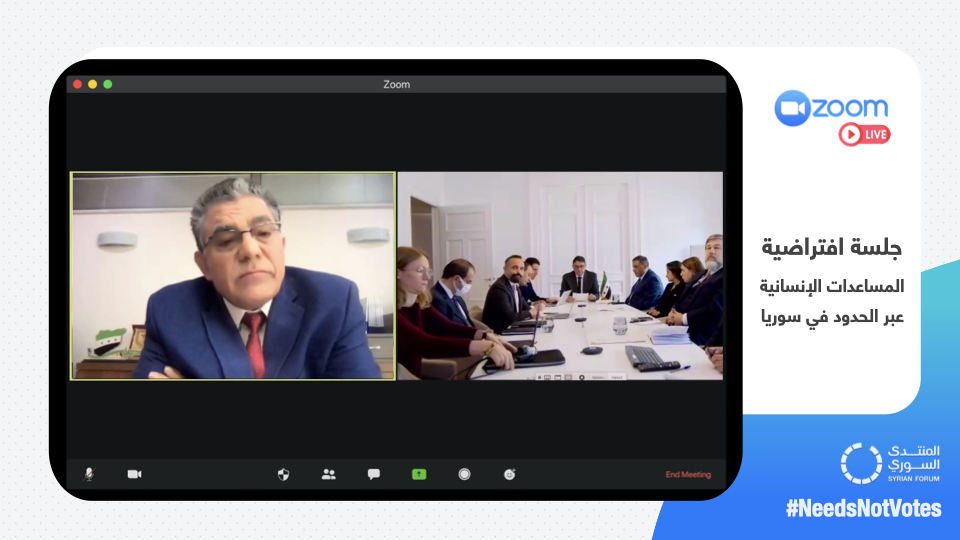 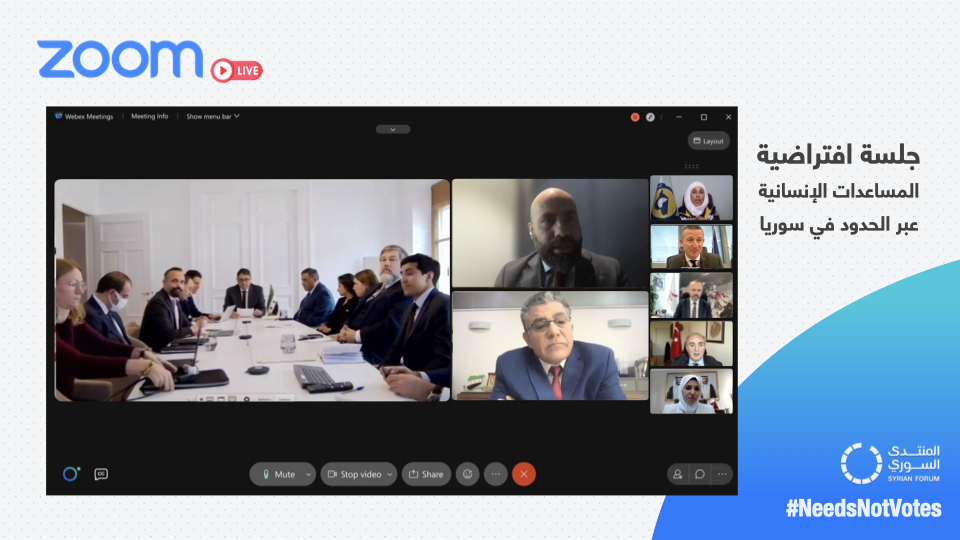 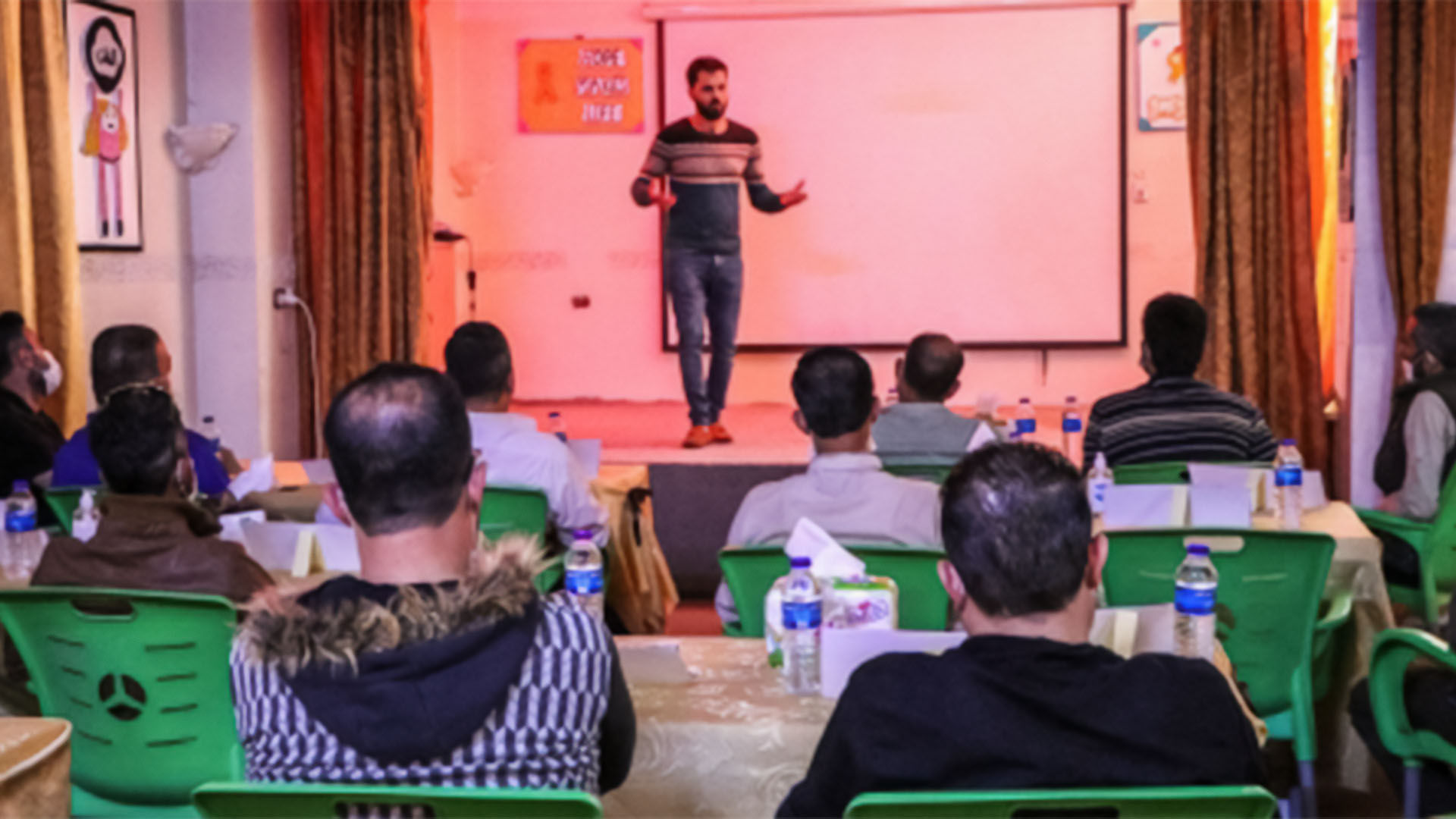 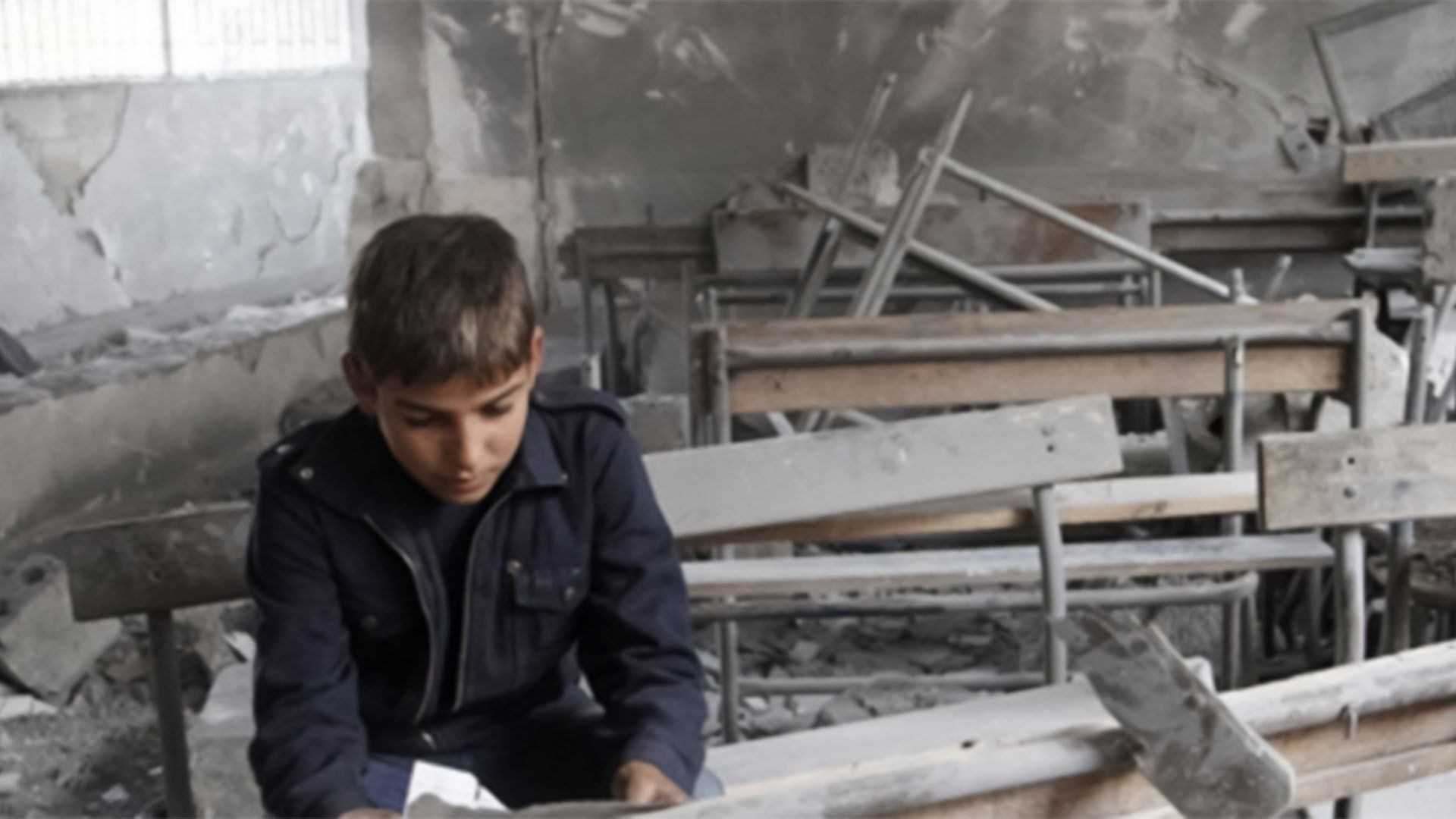 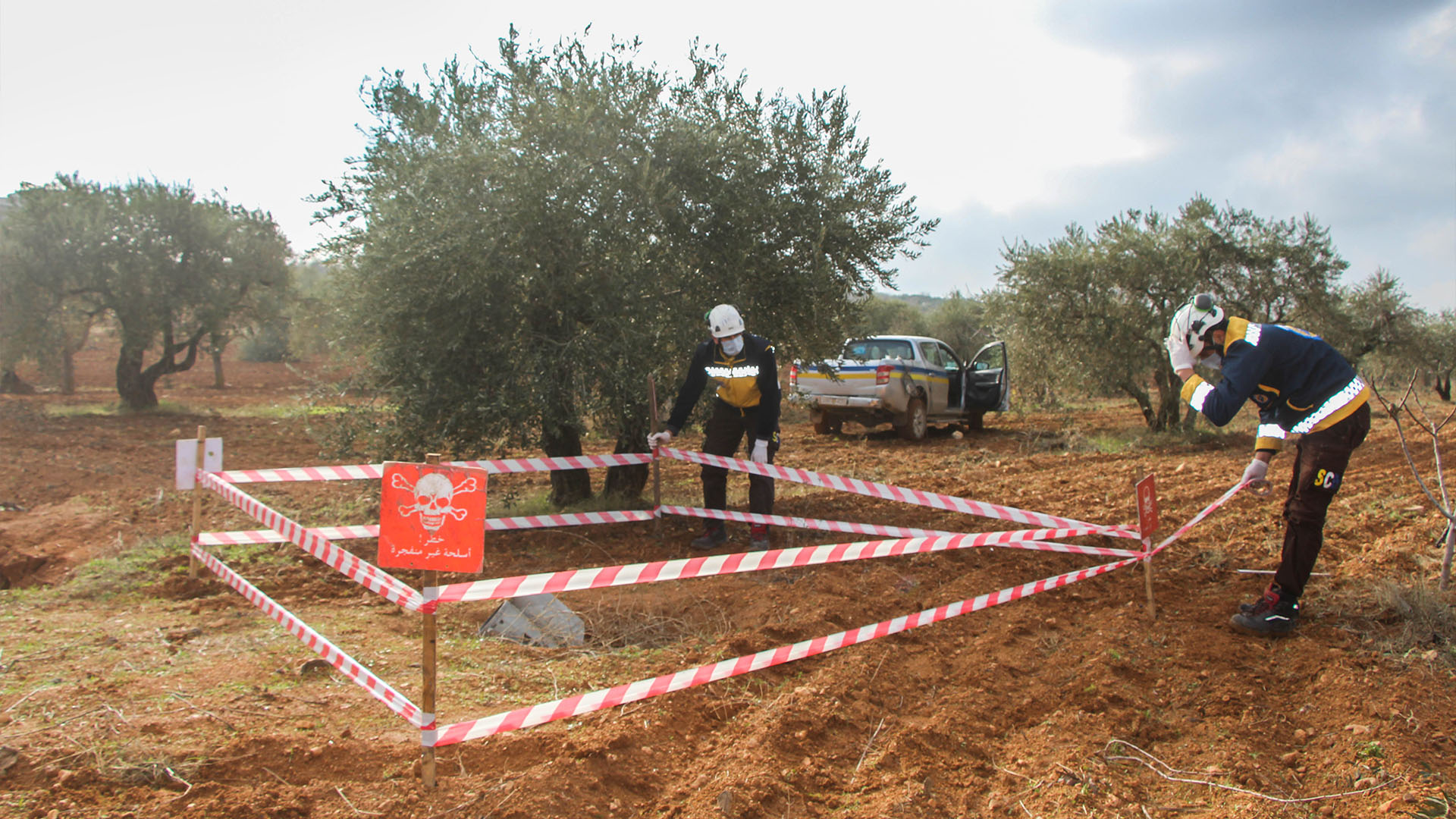 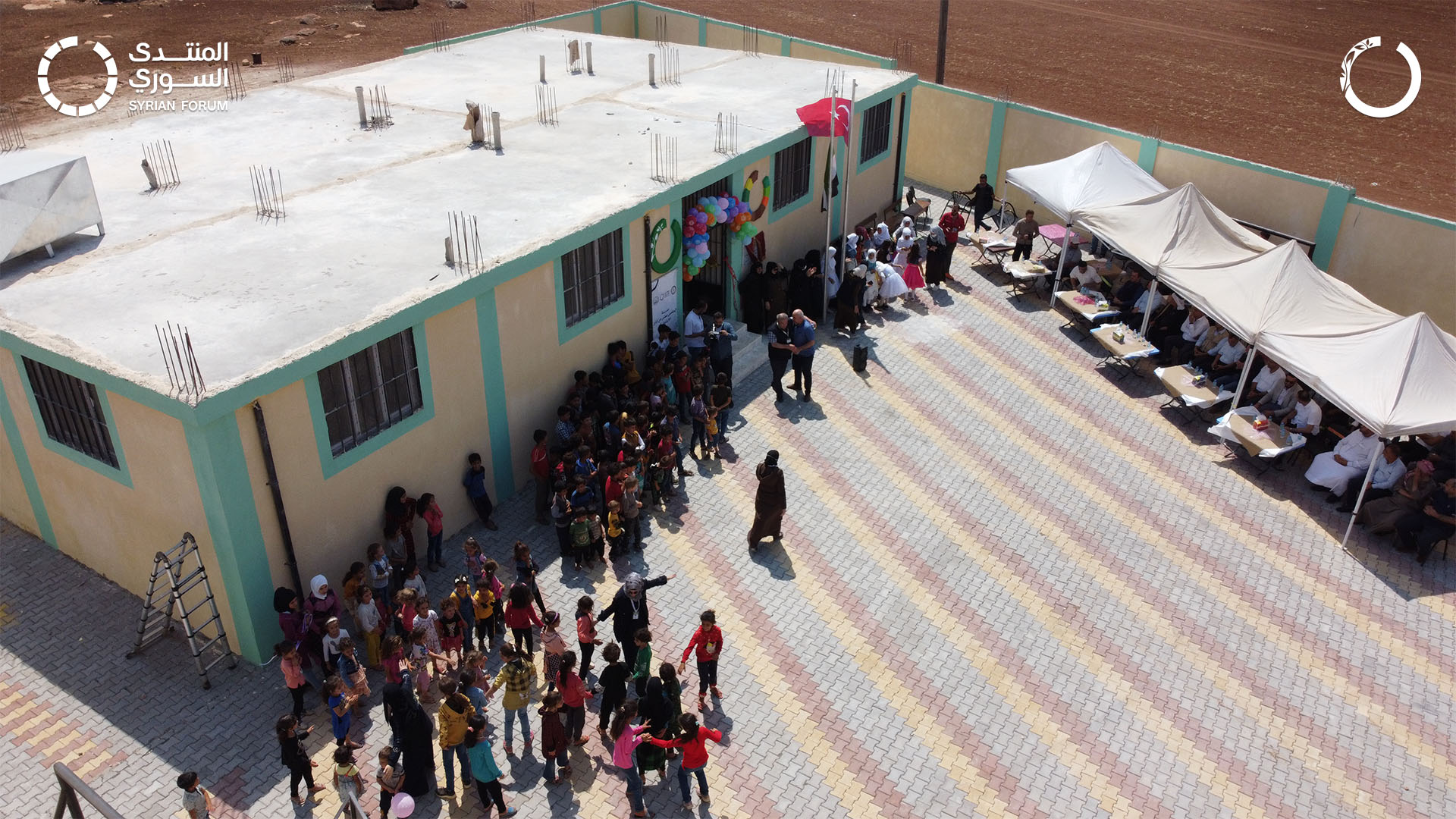 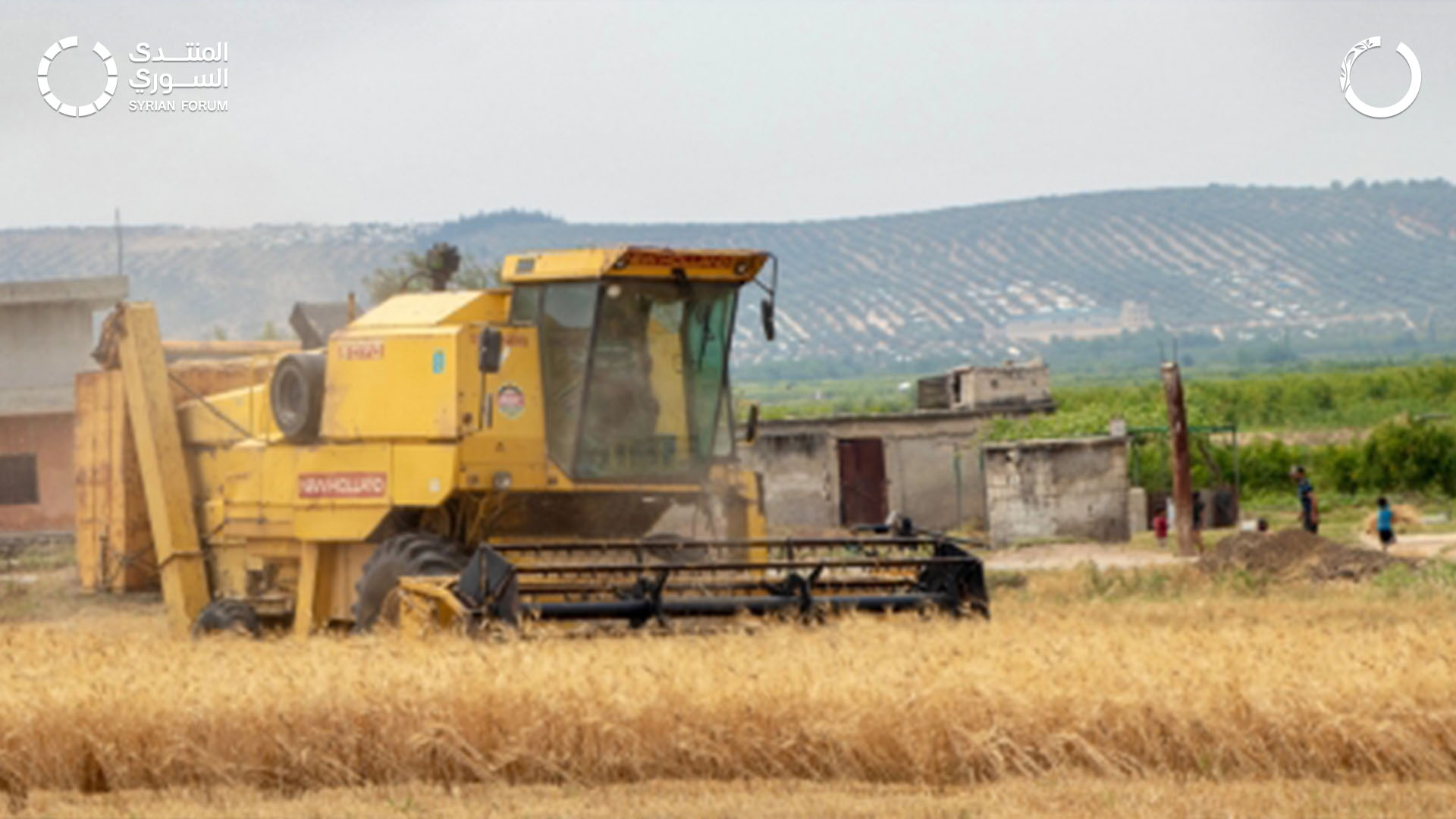 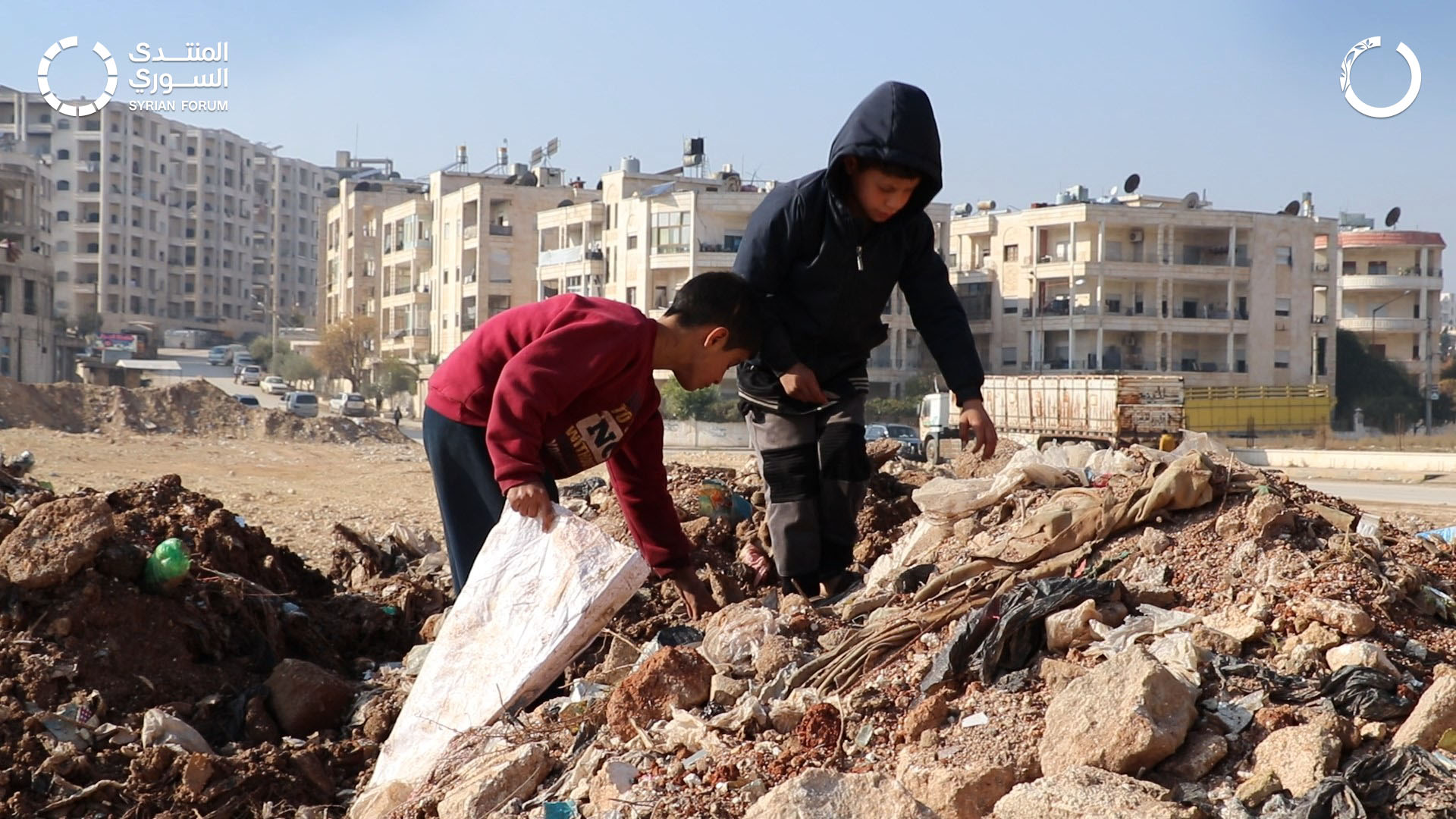