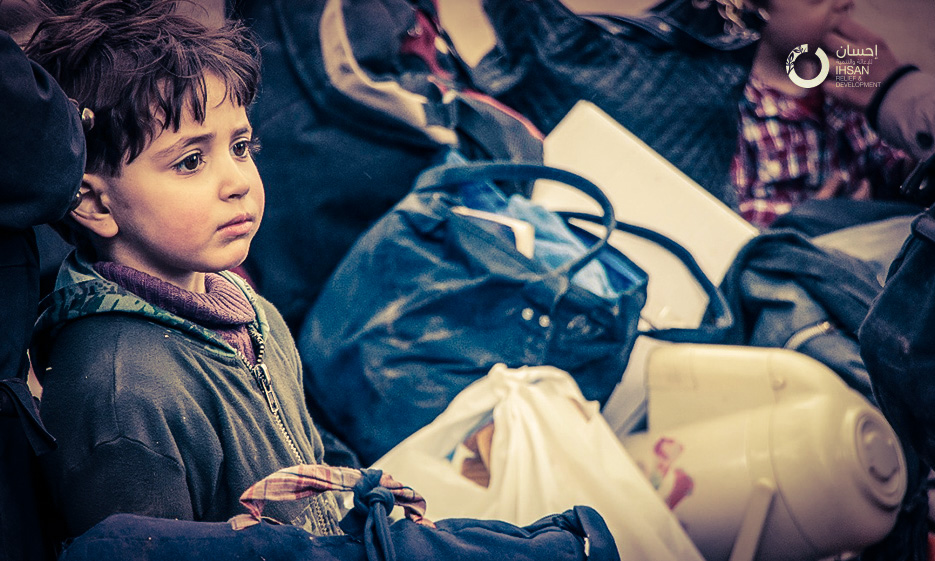 As the continued displacement waves from the eastern Ghouta and neighborhood of Al-Kadam in Damascus is still arriving to the northern Syria, the emergency response teams continue to work to receive these waves of displacement. Where the number exceeded 29 thousand displaced in March alone.

IhsanRD, in collaboration with a number of “Syrian NGO Alliance” members, is coordinating the response to the new IDPs within Idlib governorate. During March, the waves of displacement have been received one after the other at the reception point – Point 0- then transporting the displaced families to temporary shelters before heading to their new residence in the north of Syria.

IhsanRD’s and other humanitarian organizations’ teams are working on the ground to provide the basic needs to the displaced people such as drinking water, hygiene kits, dignity kits, blankets and children’s clothing, within “0 Point” and in temporary shelters. IhsanRD’s emergency response team also, builds toilets and maintains cleanliness at the reception point, as well as providing continuous water.

“Waseem” the Coordinator of Emergency Response at IhsanRD, spoke of the efforts being made by saying:

“The emergency response teams in the field continues the night by day to provide basic services to new IDPs who have been still flowing continuously and in large numbers.” IhsanRD and a large number of humanitarian organizations are doing their best to alleviate the suffering of our displaced people, and there is great cooperation and coordination at the highest levels among the Syrian organizations, but there are too many needs to provide and we must act quickly, especially as Ramadan approaches “.

IhsanRD’s response comes with the support of the United Nations International Emergency Fund for Children (UNICEF), where a joint project to support new displaced persons in northern Syria was signed a recently through many projects like trucking water to the camps and rehabilitate a number of water plants in the north of Syria. The project also includes the distribution of 48.000 hygiene kits, 18.000 blankets, 10.000 clothes basket, 25.000 water plastic bottles, 9.000 plastic cover and 4000 dignity kits. In addition to the construction and rehabilitation of water courses in reception centers for displaced persons and in camps. 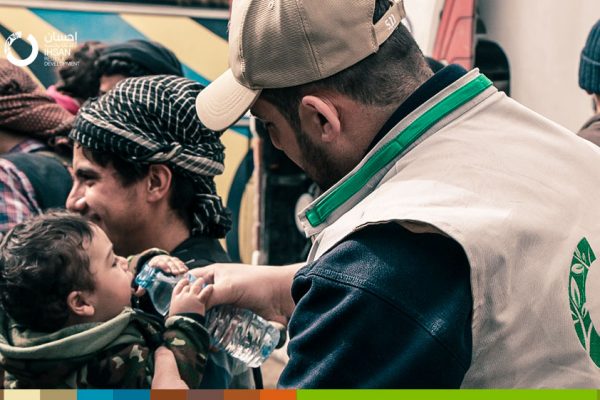 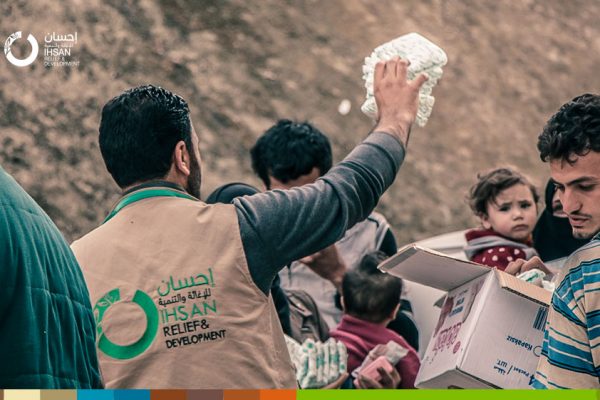 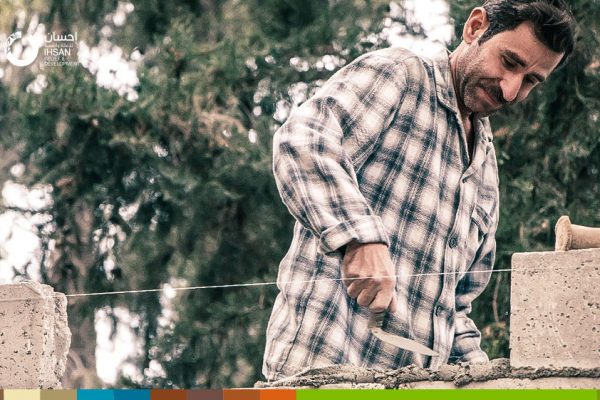 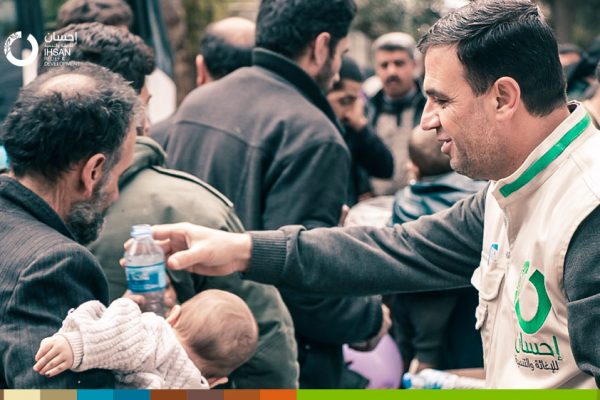 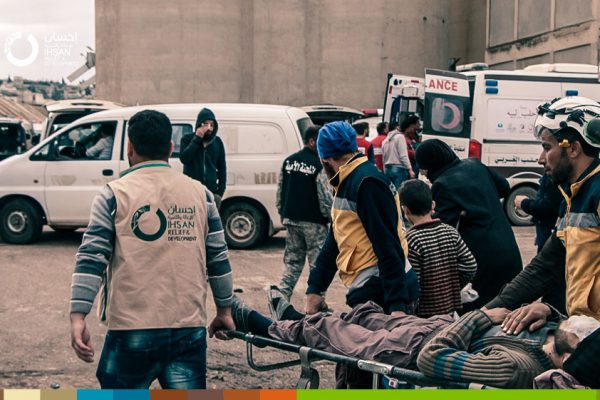 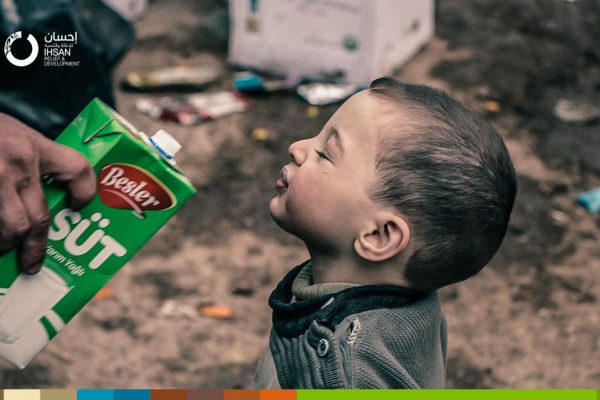 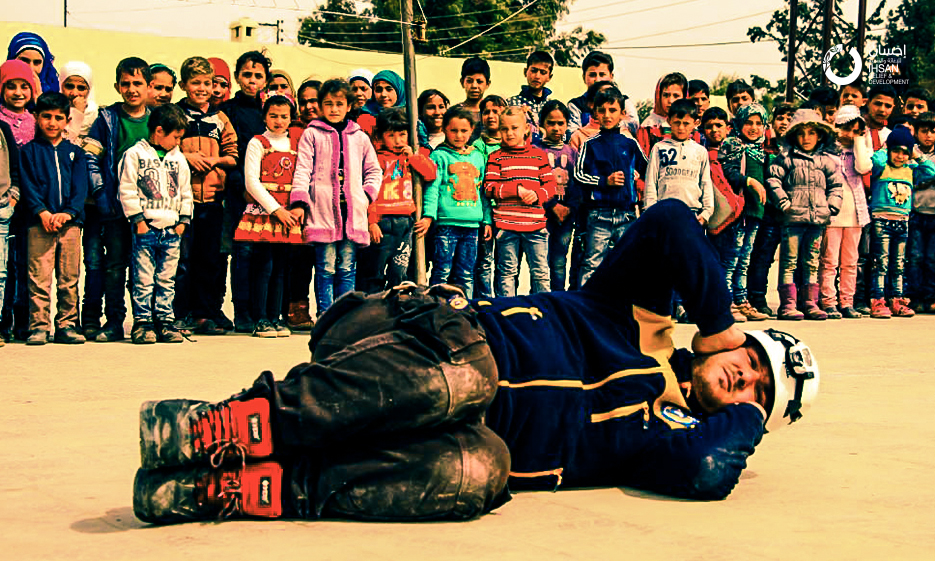 In cooperation with the “White Helmets”, conducting safety and security trainings in the schools supported by IhsanRD

In cooperation with the “White Helmets”, conducting safety and security trainings in the schools supported by IhsanRD