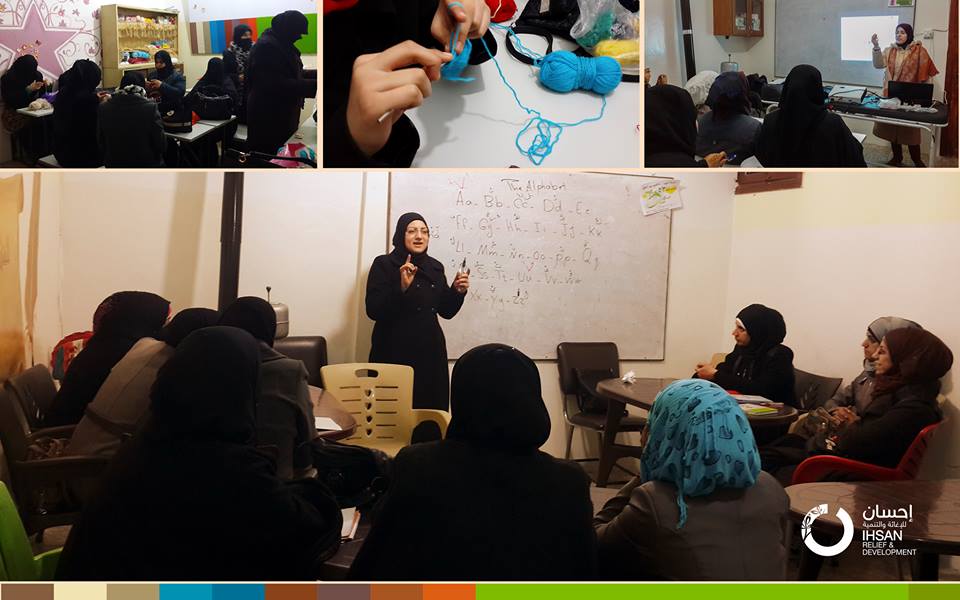 In order to strengthen the Syrian Woman’s Capacity, Women’s Creativity Center; one of ‪#‎Ihsan‬ for relief and development’s centers, which is exist in Al-Mashhad district – ‪#‎Aleppo‬ governorate, is providing psycho-social support services for Women, and it includes parents skills, sessions, first aids, sewing and hairdressing, in addition to awareness campaigns, and all are under Women Empowerment Program.

Despite all calls to stop the attacks on civilian facilities, the humanitarian situation in Syria is deteriorating rapidly. The systematic killing of medical staff, children and civilians must stop now.

The month of April 2017, revealed catastrophic action against the health sector, which is, in fact, part of a continued systematic targeting against health facilities and personnel for the last six years.

On 27th April 2017, at 05:30 am local time, Syrian and Russian fighter jets fired missiles targeting a surgical hospital, killing three people and wounding several others. The hospital was heavily damaged and was put out of service.

On the same day, another attack targeting an ambulance and during an evacuation from a medical point in Ma’ar Zeta, resulted in destroying the facility and killing two paramedics. During the response to the attack, another ambulance system assisting in the evacuation and the point were attacked, again killing an additional two paramedics. Eight ambulances in total were destroyed and 14 people, including medical staff, were killed in this incident in Idleb.

It seems that the systematic attacks on the health facilities have no end, but it is apparent that it is increasing despite requests by the International community and humanitarian actors to terminate the targeting and provide protection to personnel and health facilities.

During the month of April 2017, and according to various reports, eleven health facilities were attacked by the Syrian regime and Russian airstrikes destroying eight main ones in Idlib, thus resulting in high numbers of injuries and deaths of staff and patients. Paralyzing the medical infrastructure and leaving thousands without access to medical care.

The humanitarian sector in non-regime controlled areas is under extreme pressure due to the regular attacks on civil facilities, where NGOs are building and attacks are destroying within minutes. Adding to that, the lack of financial resources in comparison to the vast needs, and the departure of physicians and nurses, which the International community has failed to protect.

We, Syrian NGO Alliance and its members demand the United Nations take immediate action to protect medical facilities and civilians. Furthermore, we call for the immediate investigation and prosecution for war crimes and atrocities committed against civilians and medical staff. 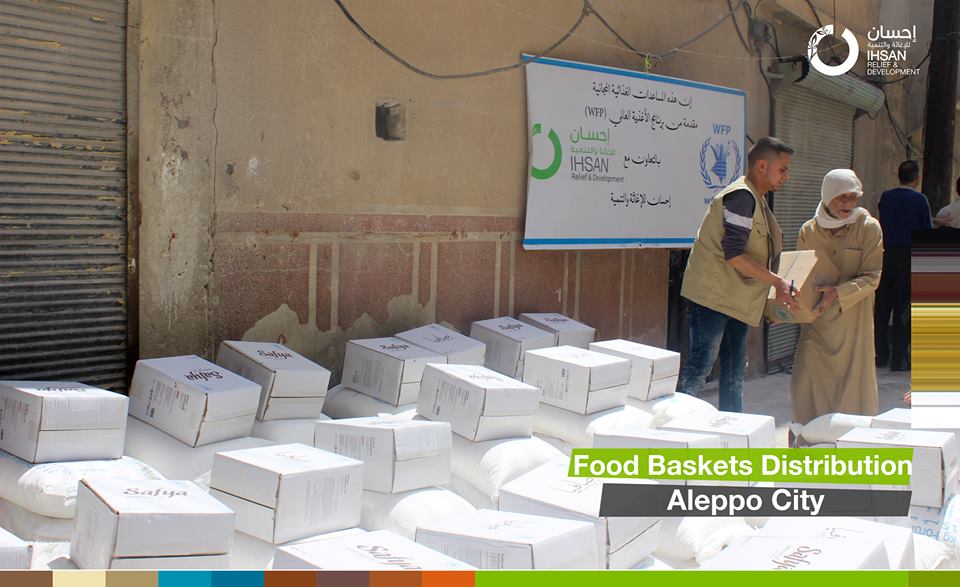 IhsanRD is still operate during Ramadan, for our families in Syria.

By | FSL
Our relief projects is still operate during Ramadan, for our families in Syria.
As Ihsan for Relief and Development is still distributing 10 thousands of Food Baskets in Aleppo, throughout 26 districts within the city.
Syrian Forum
0 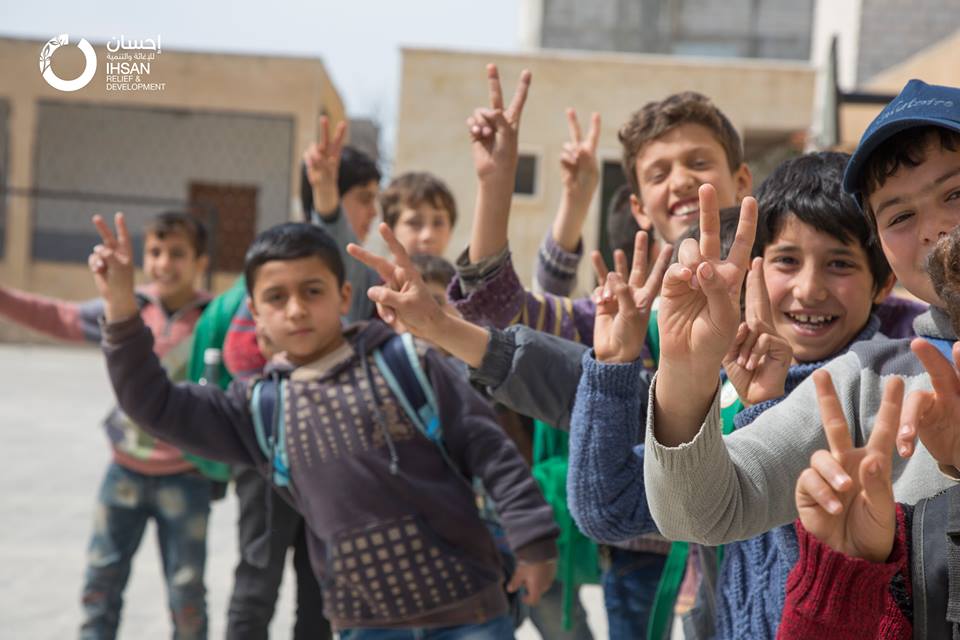 ‎Ihsan‬ has helped to renovate and equip 3 schools in villages and towns in rural ‪#‎Aleppo‬.

By | Education
#‎Ihsan‬ for relief and development has helped to renovate and equip 3 schools in villages and towns in rural ‪#‎Aleppo‬.
During the last winter ‪#‎Ihsan‬ also provided 37 schools with heating fuel for 4 months, in the city of #Aleppo, and the surrounding rural regions
0 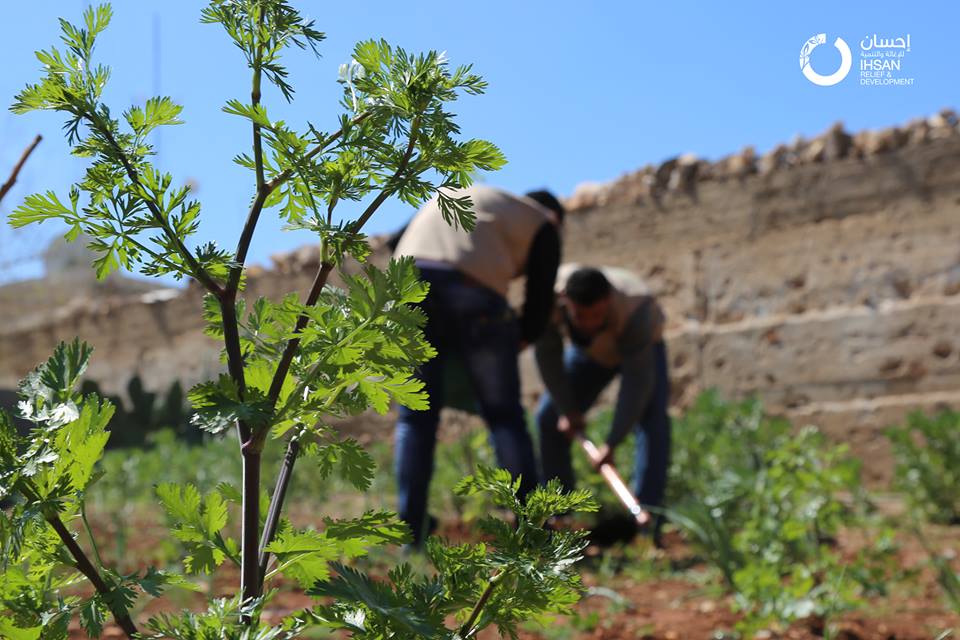 The House-gardening project in Idleb

The House-gardening project highlights a high contribution of achieving Foods-security in our Syria.

‪#‎Ihsan‬ for relief and development is still providing agricultural baskets and equipment in southern of Idlib suburb, and the distribution includes farmers and IDPs.