Food vouchers, help for families and support for the local economy

Home » Food vouchers, help for families and support for the local economy 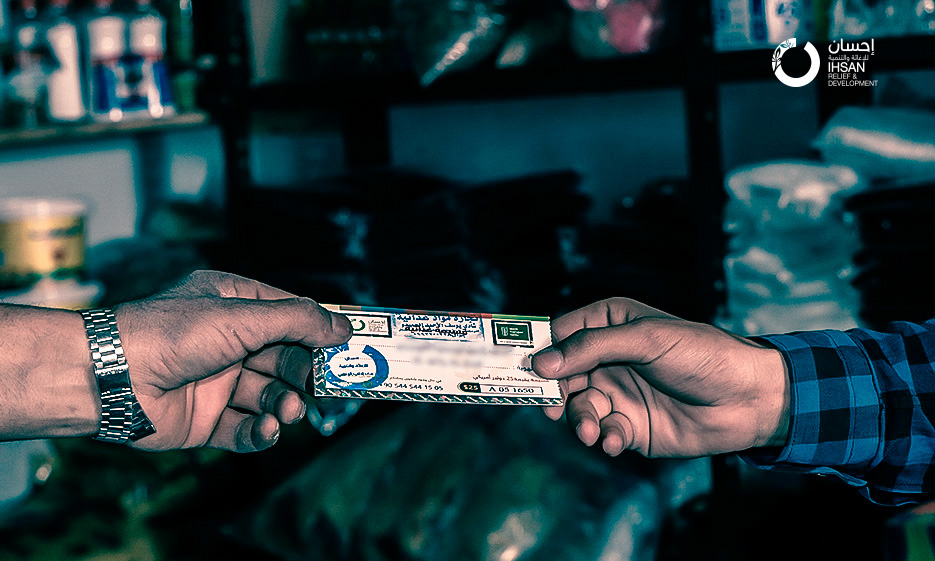 Saleh, a breadwinner for his family of a wife and four children recalls his family suffering in securing food after having been displaced from their town in Hama countryside to the countryside of Idlib: “my youngest daughter wasn’t eating enough food, she did not want to eat the same meal every day of canned food which we got from the relief basket.” Saleh’s family like many displaced families who have no choice but the canned food from humanitarian organizations that respond to ongoing displacement waves in Syria.

In fact, Syria is one of the most food-insecure places. According to the United Nations, there are still more than 13 million people in need and more than 6 million displaced in Syria. But the situation was not always like this. Seven years ago, Syria was one of the most stable countries in the region, where agricultural products – the pride of a Syrian farmer – were highly demanded in terms of exporting, and Syrians were accustomed to the diversity of their meals due to the famous Syrian cuisine.

The situation now is different after years of war, bombing and targeting infrastructure in the areas that are not under the Syrian government’s control, where irrigation systems damaged and farmers displaced from their lands, and prices have jumped dramatically with rising of unemployment rate, citizens of Syria today do not have enough to buy the various needs that were considered as living basics in the past, and millions of Syrian families suffer from severe food shortages.

At the end of 2017, IhsanRD, in cooperation with WHH and funded by the German Foreign Office, has launched a project to support food security in the north of Syria. IhsanRD’s team who works in Idlib governorate, where a large number of displaced people is hosted, distributes food vouchers monthly to 3,700 families in the hosting communities. The food voucher allows the eligible families to exchange the voucher of $50 for the food they need in the stores that IhsanRD has contracted with.

Saleh and his family were very happy to receive food vouchers and his younger daughter, Samira, had improved and now she eats better.

The project of Food Vouchers was designed to do more than feeding the hungry. This project also aims to support the local economy by building partnerships with local suppliers.

One of the local stores’ owners, Mr. Abdulhai says: “Now I can pay off my debts and get the treatment for my wife who lost her leg. Sales movement and purchase has increased impressively in both the store and local market. Maybe I will soon diversify the goods in the store to meet the customers’ needs who received food vouchers from IhsanRD.”

By the end of food vouchers distribution next month, which has contributed to alleviate the suffering of displaced families who sought to secure food, in addition, to assist in supporting the local economy. Syria is still under war and far from stability, and most of the population suffers from poverty and unemployment, whereas displacement waves are still ongoing.

Syria has serious needs to establish sustainable programs to confront poverty and food insecurity that mix the short and long terms, combining emergency response with building resilience and helping families lift themselves out of poverty. This is what IhsanRD is doing through its projects that have been carried out in order to strengthen the communities’ capacities and enable them to possess the production tools in their hands. 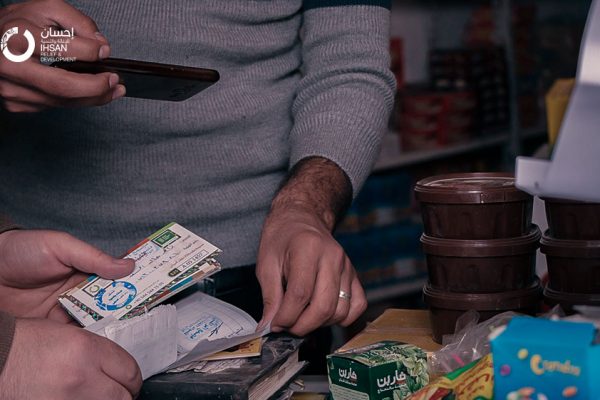 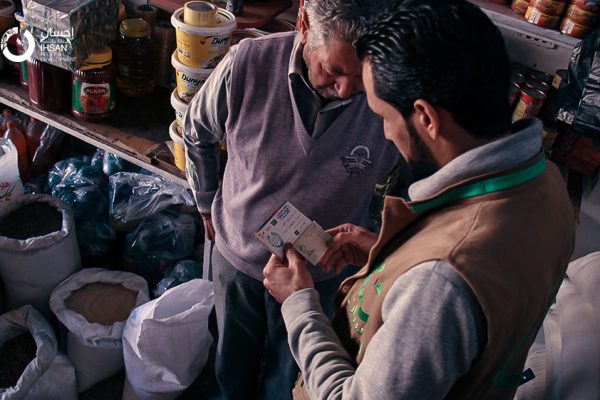 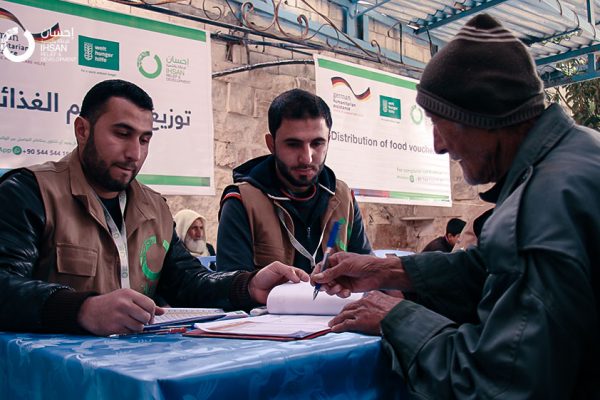 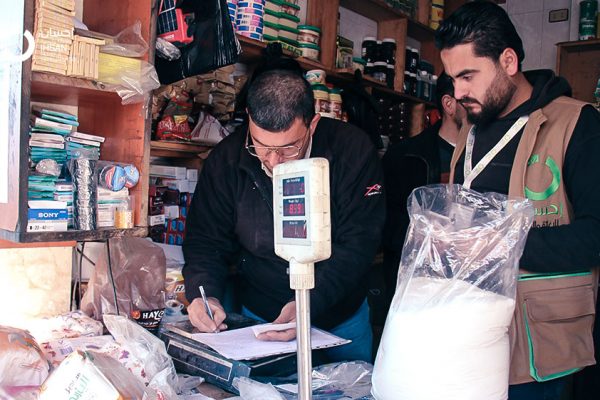 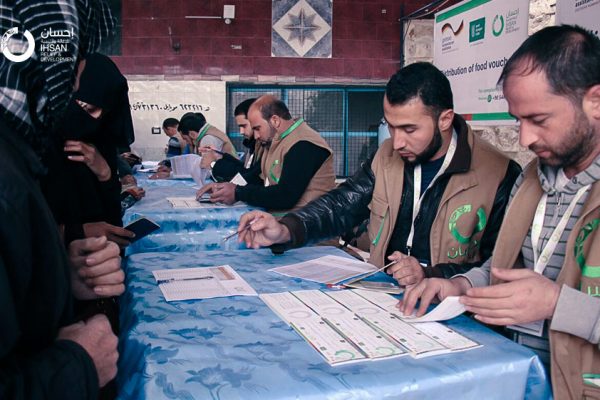 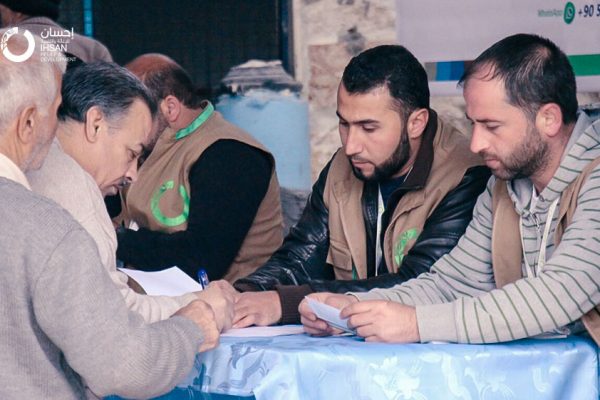 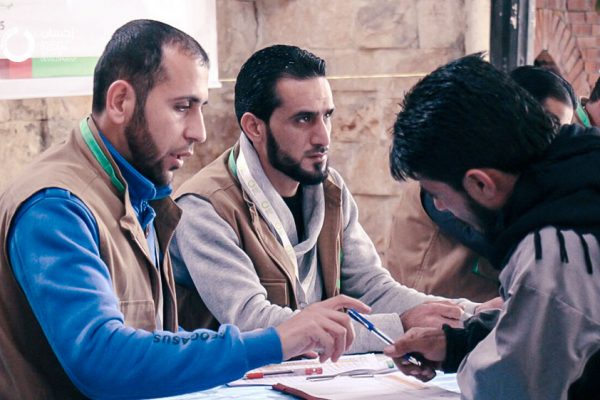 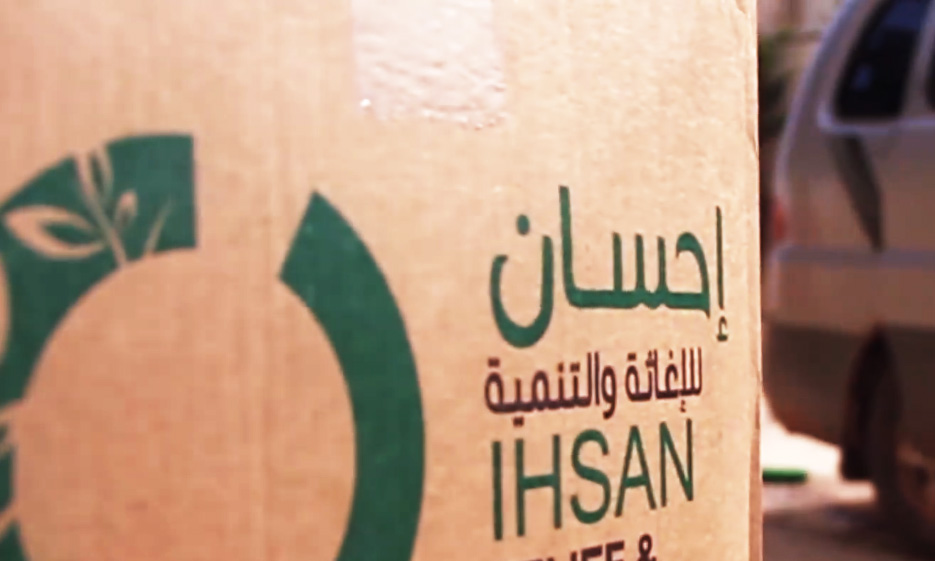