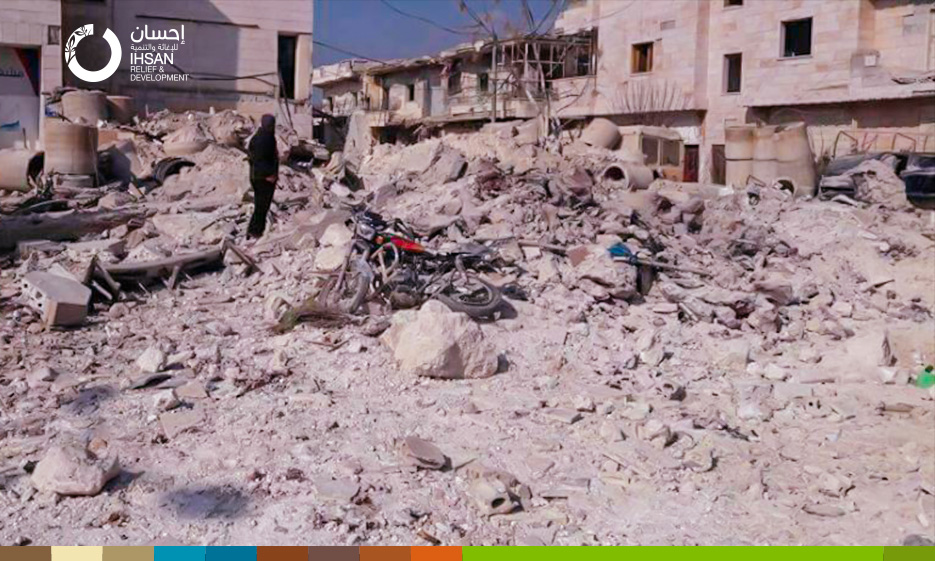 Gaziantep, February 7th, 2018 – The targeting of health facilities and civilians in Syria continues to be systematic and against the International Humanitarian Law IHL. As a result, living conditions of civilians and operational environment for aid workers in Northwestern Syria continues to deteriorate rapidly despite the frequent appeals for the Syrian regime in Damascus and its allies to stop the indiscriminate assaults.
“The systematic bombardment to the medical facilities deprives the most vulnerable civilians including children, women and elderly of getting their most basic rights,” says one of the doctors operating in Idlib. “Hundreds of thousands have been displaced recently, along with roughly three million as well, are suffering from an acute shortage of resources and extreme difficulty in accessing health services in Idlib.”
Since the beginning of 2018, Health cluster in northern-Syria reported 41 attacks on health care facilities. Such as the attacks on Saraqeb Primary Health Care Center and the National Hospital of Maarat al-Numan on Sunday, February 4th and the attacks against Health Center in Tell Mardikh and the Surgical Hospital of Kafranbel on Monday, February 5th. In addition to attacks against health care, civilians are still systematically being targeted in Syria. On Sunday, February 4th, 17 civilians reportedly suffered from suffocation symptoms as result of inhalation of chemical gas believed to be “Chlorine” directly after an airstrike on the town of Saraqeb in northwestern Syria.
The targeted facilities are situated in one the fourth agreed de-escalation zones whose agreement states on decrement of military hostilities, protection of civilians and increment in humanitarian access. These assaults are only adding to the continuous violation of International Humanitarian Law in Syria.
“The systematic targeting is an intentional method to deprive some area of health care services and so to harm as many civilians as possible to forcibly push them for displacement,” says Dr. Abdurrahman Alomar, the National Coordinator of North Syria’s Health Cluster. “We demand a cessation of medical facilities attacks as they don’t relate to any of conflict parties or military action.”
We, the signatories below, strongly condemn this brutal targeting, and demand United Nations leadership and agencies to work tirelessly for the protection of all civilians, medical and humanitarian staff in Idlib and affirm on standing by them. We call on the Syrian regime in Damascus and its allies to neutralize civilians, medical and humanitarian workers, keep them away from all forms of combat, and respect the IHL. We call on the member states and Security Council to ensure that perpetrators must be held accountable to deter them from future attacks on civilians and humanitarian workers.
For Media Inquiries:
Dr. Mohammed Alhammadi, Coordinator of Syrian NGO Alliance (SNA)
+90 (535) 368-5851
[email protected]
Signatories:
 The League of Syrian Networks including:
a) Elaf Union for Relief and Development.
b) Syria Relief network.
c) Syrian General Union – SGU.
d) Union of Syrian Civil Society Organizations.
e) Platform of Syrian Associations (Suriyeli Dernekler Platformu)
f) WATAN Network.
g) Syrian NGOs Alliance, Consisted of:
1. Al Sham Humanitarian Foundation – AHF.
2. Big Heart Foundation.
3. Binaa Organization for Development.
4. Ghiras Al Nahda.
5. Ghiras Foundation for Child Care.
6. Hand In Hand for Syria.
7. Ihsan for Relief and Development – IRD.
8. Masrrat – The Syrian Establishment For Human Care & Enhancement.
9. Physician Across Continents – PAC Turkey.
10. Syrian American Medical Society – SAMS.
11. Syrian Expatriate Medical Association – SEMA.
12. Social Development International – SDI.
13. Syria Relief and Development – SRD.
14. Syria Relief-SR.
15. Takaful Al Sham Charity Organization.
16. Union of Relief and Medical Care Organizations – UOSSM.
17. Violet Organization for Relief and Development.
18. Shafak.
 Syrian Network for Human Rights
 Other Organizations:
19. Minber Alsham
20. Center for Civil Society and Democracy CCSD
21. Women Now for Development
22. Emissa
23. Basamat for Development
24. Syrian Feminist Lobby
25. Syrian Activists Monitoring Organization
26. Alkawakibi Organization for Human Rights
27. White Smile
28. Independent Doctors Association
29. Space For Peace
Photo: SAMS 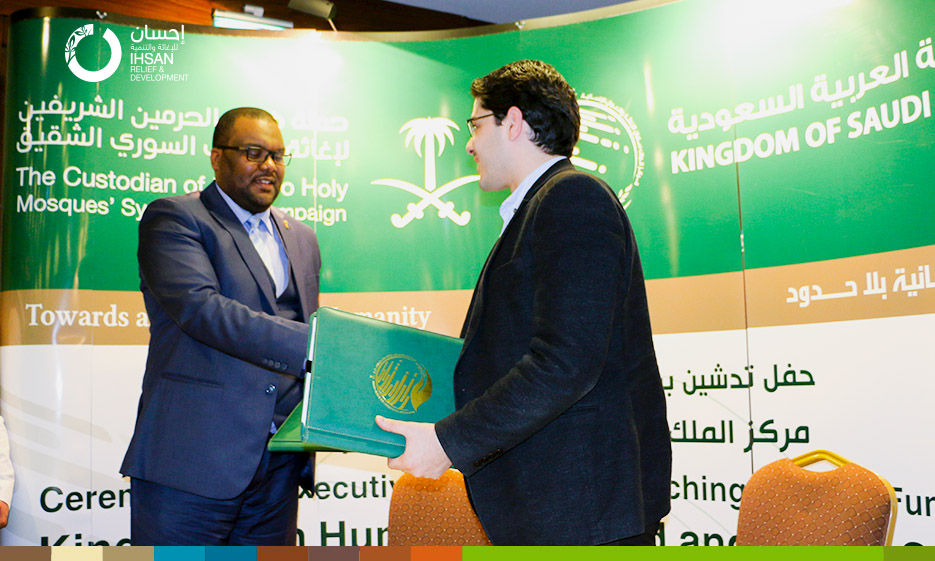