At the doors of starvation: siege strangles Damascus suburbs

Home » At the doors of starvation: siege strangles Damascus suburbs 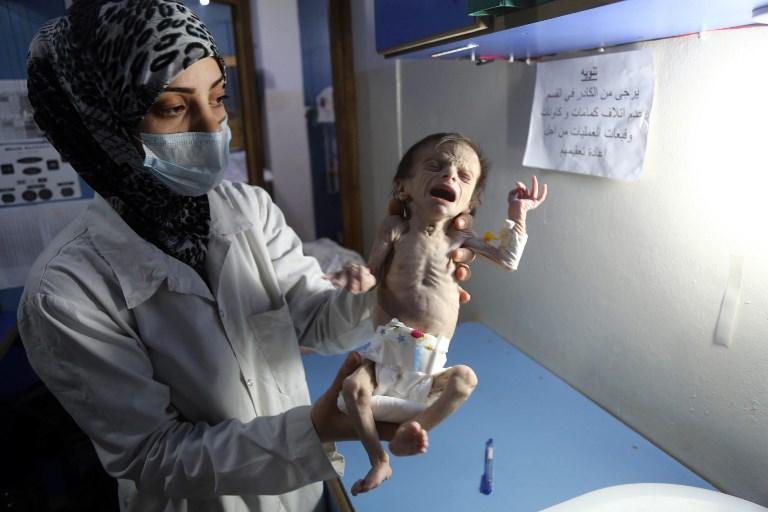 EASTERN GHOUTA (Reuters) – A tightening siege has pushed people to the verge of famine in the eastern suburbs of Damascus, residents and aid workers say, bringing desperation to the only major rebel enclave near the Syrian capital.

Cases of malnutrition among children have almost doubled in the last two months at one clinic in the suburbs, which have been under siege by Syrian government forces since 2013 but come under new pressure this year as tunnels used to smuggle in food have been cut off.

“The child that we consider normal in Ghouta is the child whose weight is on the lowest end of the normal weight scale. We don’t have fully healthy children. The main reason is the lack of food and nutrition,” said Dr Amani Ballour, a paediatrician.

At two and a half years old, Hala al-Nufi weighs less than five kilos (12 pounds). She suffers from a metabolic disorder, but a lack of adequate food has made the case extreme.

Hala, her eyes hollow and her translucent skin stretching over her tiny bones, had gotten sicker in recent months, her parents said. They worry she will not survive the siege.

Um Said, a mother of six, says she is too hungry to breast feed her six-month-old twins, Marwa and Safa.

“I put the child to the breast, but there is no milk. I am not eating. I slept without supper last night,” she said.

“Sometimes I hit myself against the wall,” she said. “For God’s, sake open the road. In the name of the prophet, I kiss your hands and feet, open the road for us. We are going to die of hunger. We are eating from the trash bins.”

At least 1,200 children in eastern Ghouta suffer from malnutrition, on the rise with 1,500 others at risk, a spokeswoman for the U.N. children’s agency UNICEF said.

“We could be at the doors of starvation, of a medical catastrophe,” said health worker Mahmoud al-Sheikh. He said children were not yet dying of hunger but could be soon. “God help the people in the coming time.”

Food, fuel and medicine once traveled across frontlines into the suburbs through a network of underground tunnels. But early this year, an army offensive nearby cut smuggling routes that provided a lifeline for around 300,000 people in the enclave.

Supplies have barely entered in months. Shortages have sent prices soaring even higher. Residents and local aid workers say they fear the worst if nothing changes when the cold arrives and stocks run out.

A kilogram of sugar now costs more than 5,000 Syrian pounds ($10.81 dollars), roughly 14 times the state-regulated price in nearby Damascus.

Two malnourished babies died this week after the siege aggravated their illnesses, a local official said. Photos of one of them — a skeletal baby girl — brought widespread attention to a crisis that has been growing there for months.

Linda Tom, a spokeswoman for the U.N. humanitarian affairs office (OCHA) in Syria, said the one-month-old girl, Sahar, had congenital abnormalities. Hunger worsened her condition, and the baby died of pneumonia.

Through a series of offensives and evacuation deals, the Damascus government has defeated opposition pockets around the capital. Eastern Ghouta has held out, but residents say there is now talk for the first time of agreeing to evacuate.

“People are under pressure, they will erupt. There is no baby milk at all. Mothers and fathers are watching their children go hungry. They want a solution in any way, at any price,” said Adnan, 30, who runs a local aid group.

Families relied on crops they harvested in the summer, and meagre food distributions from warehouses run by the opposition government based in Turkey, he said. Adnan’s group had preserved and dried vegetables that it will distribute to 1,500 families next week, but besides that, its food aid has halted.

“Even if I get funding, there are no goods to buy,” he said. “The eastern Ghouta has shut down. There is a state of paralysis.”

The Wafideen crossing at the outskirts, where checkpoints allowed some goods to enter, has also been heavily restricted or shut, the U.N. and residents said. Only two aid convoys have reached the Ghouta since July, each with food and medicine for about 20 percent or less of the population.

In July, Moscow and rebels in the Ghouta signed a ceasefire that had sparked hopes of opening crossings and aid flowing into the suburbs. But residents say none of that has materialized.

The “de-escalation” deal reduced the barrage of air strikes and artillery, but the siege only got harsher, they said. Fierce ground battles also rage on in some frontline districts.

When people in the Ghouta learned of the deal and thought it would bring relief, many began using up their food reserves at home, said Khalil Aybour, head of the local council in the town of Douma. “After they saw it was all rumors,” he said, “the misery grew immensely.” 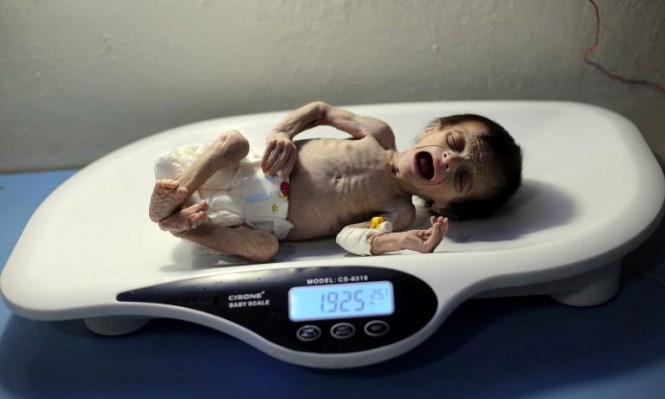 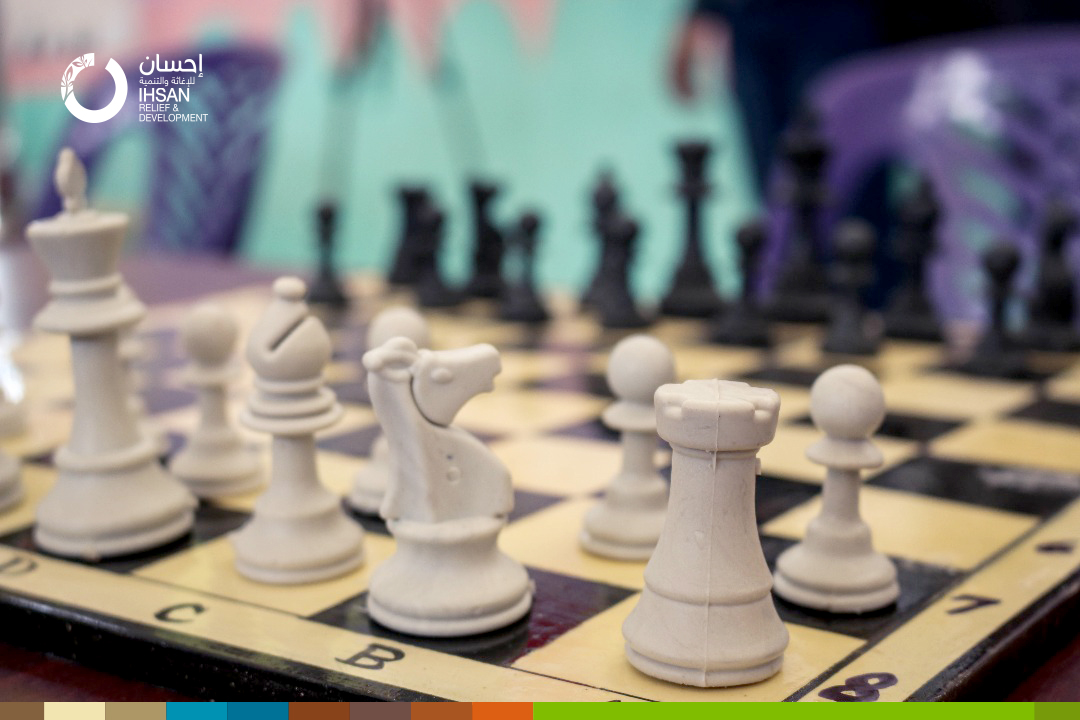